“You’re the cutest jailbird I ever did see

I sure would be delighted with your company

Come on and do the Jailhouse Rock with me”

As if being found guilty of being “offensive to the feelings of the faithful” was not enough Mr. Carlos Celdran declared the website you are reading now dead (Feb 4 11:55 PM on his Facebook page) .  I have long ago accepted the fact that this website is polarizing. It may be one thing to wish us dead but to declare us dead seems to be another thing entirely. Specially if one is trying so hard to be a sympathetic figure. Then again if I was facing time in the “slammer” I am not sure how cordial I would be. Go ahead read some alternate meaning into the Elvis lyrics if you want. Not that there is anything wrong with that. Maybe you will believe the song  is about “hardened” criminals dancing vertically with each other at the behest of the warden. ( I think I am encroaching on Kate Natividad’s  territory with that one.) Then again you will also be the type to take every word out of Edwin Lacierda‘s mouth  at face value. Not that there is anything wrong with that.

Personally, it boggles the mind what precedent would have been set if Celdran’s alleged stunt   was condoned by the courts. Who is allowed to disrupt what process and where? They would be setting the bar for what is acceptable trespassing. I forgot who in Twitter or in GRP wondered how Celdran would have been treated had he tried that in the middle of organized worships in other religions. I bet the same people who think Celdran should escape unscathed thought Kanye West was a boor for interrupting Taylor Swift’s speech in some awards show a few years ago. If you want to identify a KSP simply see how many innocent bystanders are affected by their antics.Â  Your thirst for attention comes at what cost?  John Wooden told a young  Bill Walton   a long time ago,  “Stand up for what you believe but be willing to accept the consequences.”

Fortunately for some people who prefer an alternative to the Noynoy Can Do No Wrong media reports, the report by Mr. Celdran of the death of  Get Real Philippines have been greatly exaggerated by reasons only known to him. Well the Super Bowl was only two days ago and a few minutes into the second half the 49ers were declared dead in my Twitter feed by about four relevant observers of the NFL including former players. The Niners came close to pulling out a phenomenal comeback. GRP was never in the hole the 49ers were or the choke hold Celdran declared we were in. The GRP of Celdran (stands for Grim Reaper Proclamation) stayed on his Facebook page for at least eight hours before it was taken down.  For someone so convinced GRP is lousy and dying , he seems to  be indecisive about his insults. No one here called for a grave digger. Nice of him to volunteer to cover us in dirt. Problem is Mr.Celdran, where’s the corpse?

Well Bob Hope was once declared dead  in June of 1998 while the US Congress was in session. When I think of Celdran  lashing out at this blogsite I am reminded of a sports owner that made George Steinbrenner look like Steven Covey. Harold Ballard owned the Toronto Maple Leafs. Based on their futility post expansion he was born to be their owner.

Harold Ballard hated Russians in any way , shape or form and was proud of it.  There is a word for people like that.  He once allowed a Russian hockey team to play in his building in the mid 80’s. Towards the end of the game he ordered his scoreboard staff to incite the home crowd to boo the Russians since their Air Force shot down a commercial Korean aircraft the year before.  Forget the fact that Russian hockey players will have absolutely nothing to do with a fighter jet shooting down a commercial plane. Elite athletes usually ignore all kinds of sights and sounds in an arena while they are competing. I was not there but even if the Russian team was paying attention, how many of them knew English? That’s the problem with knee jerk reactions. You want to blow off steam but certain logistical realities are ignored.  Your present situation sucks, bring up the irrelevant. In this country there will be no shortage of fools that will follow your lead.

The precursor to Celdran declaring GRP shutting down was his declaration that the blog site was was irrelevant. He will not post links since in his mindÂ  GRP does not deserve the clicks. No  one put  a gun to his head to read the website. Then why bring it up? GRP is a website that compiles blogs that tend to have a strong opinion on things. Any strong opinion can be met with opposition or support. Besides anybody who gets arrested by making a spectacle of themselves should expect to be commented on. Look what happened to Randy Moss during Super Bowl week. Though he is just a spectacle without the arrest. 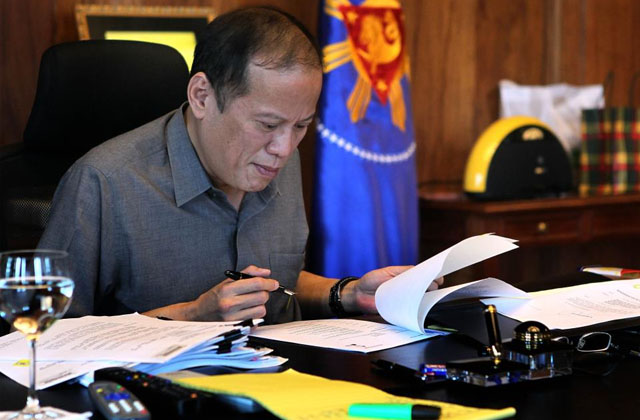 The ultimate irony of Noynoy getting flustered about Noynoying is that in that one instance the best response for Noynoy would have been to engage in Noynoying. Noynoy would have been best  served to do nothing about the Noynoy accusation instead of releasing staged pics of him at work. Celdran talks about GRP without a link saying no one reads, yet he obviously read it. His audience that may not know GRP may be curious now what is it that annoys our mighty one? Of course if they return in a week and find the site very active in postings and discussion what do they then make Mr. Damaso 2010? Many that take on the Free Carlos Celdran cause seem only to care about his message but never seem to care how he fulfilled his role as a messenger.

It’s one thing to claim that you will delete negativity, but how positive is it the act of falsely declaring an adversary dissolved and abandoned?

Thinking people will verify any outrageous claim, which makes me wonder what does Celdran think of his own audience by giving a mock eulogy to GRP as well as making the statement that writers were leaving in droves . Credibility no longer seems  important. Going on attack is fine but just don’t fire blanks. He hijacks a Catholic ritual yet so shocked at the consequences of hijacking. As Sammy Davis Jr. sang  in Baretta, “Don’t Do The Crime If You Can’t Do The Time”. Celdran is projecting his frustration on GRP even though it should be directed somewhere else.

Sometimes three small letters can make all the difference in a word. Celdran with his bravado allegedly interrupting the Manila Cathedral goings on plus making absolute declarations about GRP likes to project he is a man of conviction. But his failure to accept the consequences of breaking the law and his lying about the demise of  GRP just proves he is simply conviction minus the last three letters.